Going through a rebrand is a risky and expensive business. So why do some big brands choose to do it? Here's a few examples of big brand name changes that baffled consumers, and the stories behind why they chose to do it…


Waaay back in 1990, the UK was left reeling after one of it's most beloved chocolate bars decided to change its name. But why?

The simple fact of the matter is that the company which owned Marathon and Snickers (Mars - you may have heard of them) decided to align the brand globally. To the rest of the world, Snickers had always been Snickers (the chocolate bar was named after the favourite horse of the Mars family), and they just wanted to make it the same across the board. But we didn't like it. Oh, no.

Mars even created a TV ad letting people know that the brand was changing:

Mars later stated that the rebrand was a great advantage, saying amongst other things that without it, its sponsorship of events such as Euro '96 and the World Cup would have left consumers confused.

So in this case, it looks like it was the better move for the brand itself, even if it did leave us wondering at the time. Making sure a brand is globally consistent can help to reduce costs, as there'll be no country-specific mucking about.

There was talk of bringing Marathon bars back to the UK in 2008. The idea of 'retro' brands was gaining a lot of momentum, and Mars actually re-registered 'Marathon' as a UK trade mark. Sadly, nothing ever came of it. Sigh.


1998 saw another big brand try to attempt something similar. The breakfast cereal giant Kelloggs' much loved 'Coco Pops' was rebranded to 'Choco Krispies' - this was in an attempt to bring the brand inline with other countries where the cereal was already marketed as Choco Krispies. It didn't go well.

After a national outcry (and rapidly declining sales), Kelloggs realised it had upset the sensitive British Public. We didn't like the fact that the cartoon monkey now had to squeeze an extra syllable into his jingle. Kelloggs set up a national vote, and nearly a million people felt strongly enough to vote on the matter - an overwhelming 92% clearly stating we didn't like the change.

After a matter of mere months, Choco Krispies reverted back to being Coco Pops, and has remained so in the UK ever since. The lesson to learn here is that although a brand can hold an enormous amount of power, so can public opinion - and when sales are at stake, there's no arguing who the winner is.


Another popular confectionery treat owned by the Mars company, and another one from 1998. These sweeties that were 'made to make your mouth water' were introduced to the UK in 1960, and later, as Starburst, to the USA in 1967.

Over twenty years later in 1998, they were known as Starburst across the globe, and the name Opal Fruits was limited to the UK. Like it did with Marathon and Snickers, Mars decided to rebrand their property in the UK to bring it inline with the rest of the world. Again, we weren't keen.

Unlike Kelloggs though, Mars stuck to its guns and persisted, spending around £10m on the rebrand campaign.

Even though they were spending a very large amount of money, the idea was eventually to make savings - having one brand to push globally rather than having to introduce different marketing materials, packaging (etc.) for different geographic locations. Mars said that the rebrand was an advantage to consumers, too - saying that they'd be able to recognise familiar brands when travelling.

The truth is that as international borders in global marketing became blurred and even lost (see: rise of the internet), having one brand to push rather than many for the same product makes perfect sense.


Mars and Kelloggs weren't the only large scale companies to make changes to brand products citing brand unification as the reason. Unilever, the consumer goods company behind many household brands, made a similar decision at the turn of the century.

Launched in the UK in 1974 as Jif, the brand has had different names across the globe since day one. In 2001, Jif was renamed to Cif in the UK to align it with other European versions of the same product. But why did it have different names in the first place?

From the beginning, the product was called Jif or Cif, depending on how easy the word was to pronounce in the launch country. In France it was called Cif since day one. Malaysia, Australia, and the UK got Jif. Other variations included Viss (Germany) and Vim (Canada).

The product is currently available in 60 countries - 39 of which as Cif and the rest as Jif (with a few exceptions).


Much more recently than the above examples was a brand rename that happened only last year. The biggest holiday firm in the UK, Thomson, changed its name to TUI. This all seems to have come about for a combined couple of reasons…

Thomson was acquired by the German conglomerate Preussag back in 2000 - which itself became Touristik Union International in 2002. The name of it's parent got shortened to TUI (because who wants to say ten syllables when you only need two?), and Thomson eventually took on the name.

This change also allowed the company to slightly adjust its business aims. Known to be just a package holiday company, the rebrand allowed Thomson to widen its scope to new markets such as city breaks, tailor made tours and multi-centre trips. And it packaged it all up in a series of adverts shown on TV and online to consumers featuring a woman singing her way through different types of holiday/getaway.

So brand renaming doesn't just have to be about saving global costs. Companies changing hands, and changing (or broadening) markets can also have a big say in why these changes happen, too.


Here's a good one for you. Why did Kentucky Fried Chicken change their name to KFC? When the change happened, a couple of modern myths emerged to explain this change.

Myth #1: Authorities found out that the company was using genetically modified 'mutant' chickens in their food, creatures so far removed from what a chicken should be that they could no longer be called chickens. The authorities stated that the company could no longer use the word 'Chicken' in their branding, and (because Kentucky Fried Sort-Of-Poultry-Like-Meat-Monster didn't really roll off the tongue) they opted to acronymize themselves in order to avoid big legal battles.

Myth #2: Kentucky Fried Chicken became KFC to avoid the word 'Fried' in the name. Fearful of consumers' health consciousness resulting in them staying away from a chain that contains the word 'Fried' in its name, they opted for the acronymization so people would still come along and enjoy the 'healthy' options on their menu.

The second one is the official PR claim from KFC itself (http://chickenchattin.kfc.com/kfc-name-change-history), but this has also been disproved (https://www.snopes.com/fact-check/kfc-and-fried). The actual reason KFC is no longer called Kentucky Fried Chicken all spans from the one word that hasn't been targeted by a theory yet: Kentucky.

The US State of Kentucky was in a great deal of debt in 1990, and decided that to alleviate these debts, they'd slap a trademark on their name. Thus, anyone using it, inside or outside the state, would have to pay the Commonwealth of Kentucky large sums of money in order to keep using it.

Kentucky Fried Chicken was having none of that, so they neatly sidestepped the issue by changing their name to KFC. Vóila! No bills. From the Commonwealth of Kentucky, in any case.

...and there you have it. Renaming your brand can have many benefits, ranging from financial, to perceptive, to legal. It is however a huge step, and careful planning is key to avoid alienating your public and committing brand suicide in spectacular style.

You have been warned.

Just pop some details in the form below and we'll be in touch shortly! 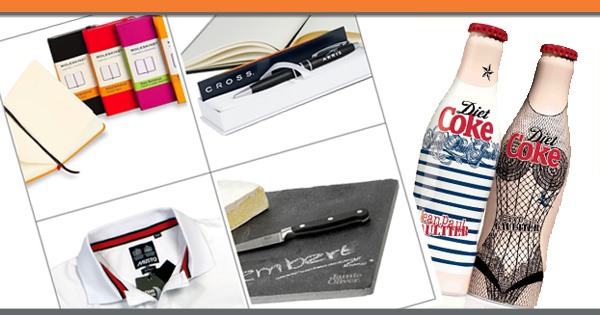 What Can Dual-branding Do For Your Brand Image?

Dual-branding is nothing new. It gives organisations a way in which to instantly convey multiple and strong messages about their brand, and for over fifty years some of...